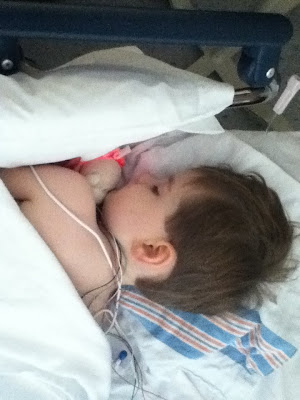 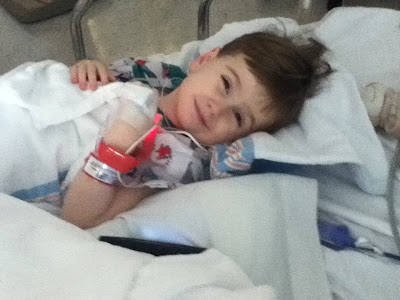 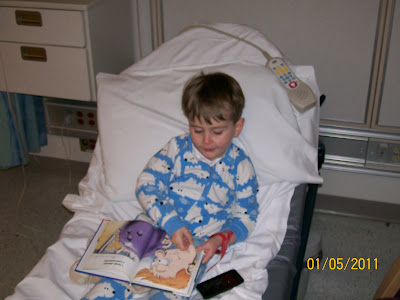 We were expecting Connie and Greg to be spending the night in the five star resort known as StL Children's, but instead we are all home as Conway was discharged just before 5pm. We are so thankful that everything went off without a hitch. Dr. Balzer explained that he feared that stenting open his conduit would have led to additional pulmonary valve leakage. Basically, we would have been trading one problem for another. In a normal person, the pressures in the right side of the heart are about 1/5 of the left. In Conway, the RV pressure is more like 2/3 of the LV. He feels that surgery is the next step, but there is some room for flexibility on the timing. We certainly don't have to rush into anything, as he "looks pretty good" considering the complexity of his heart. He guesses that it will likely be scheduled for summer 2011 (to avoid the cold and flu season), but that will be up to Drs. Bove and Bromberg. We knew this day would come eventually, we just had hoped that it would be more like when he was 8-10 years old.
Posted by Erin Beckemeier at 6:55 PM

I love you, Connie!
Love, Cece