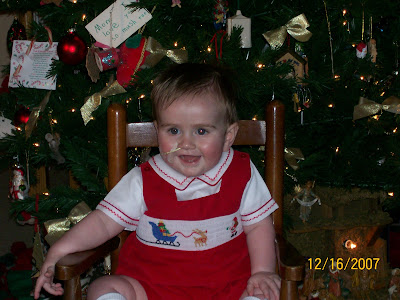 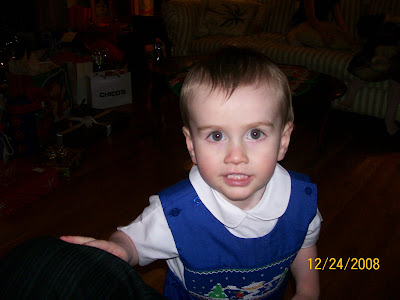 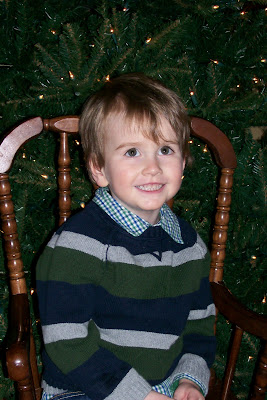 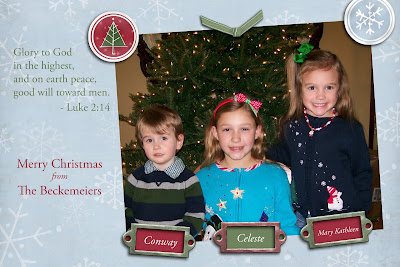 Connie had school again today, his second time going. He recognized the classroom and was not too happy, but could be coaxed easily into playing. When I left he was engaged and cheerful. When I came back and hour and a half later to pick him up, he was sitting in a chair at circle time listening to the butterfly song but not sneezing them off his head. Seemed a little leary, but wasn't crying. As soon as the song was over, he walked toward the door and cried, "Mommy". He couldn't see me, but was so sad. After class, the teacher said he'd been that way most of the time. She said that he wasn't as upset as he was the first class, so that is good. It's too bad that after one more class he's got another two week break before classes resume in Jan. What he needs more than anything right now is to go enough to actually get used to it, but I guess that's not our choice!

After such a traumatic morning, I picked him up we headed straight to the St. Peters Wal-Mart for the kids to get their second dose of the H1N1 vaccine. Poor baby! That was no reward for being brave and going to school! The lady who gave the shots was not gentle AT ALL. Even Mookie cried and she never cries for shots. Hopefully they can stay flu-free the rest of the winter.
Posted by Erin Beckemeier at 8:42 PM No comments:

Out of Order: Some Thanksgiving Pics

MK when she was so nauseous. Yes, we did give the Marriott their ice bucket back! 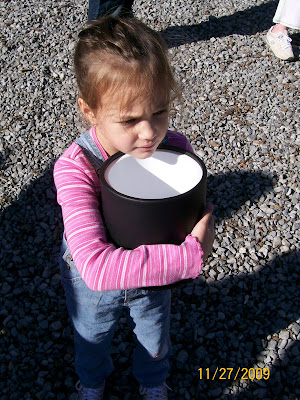 Napping on Great Uncle Doyle's bed. The farm wears a boy out! 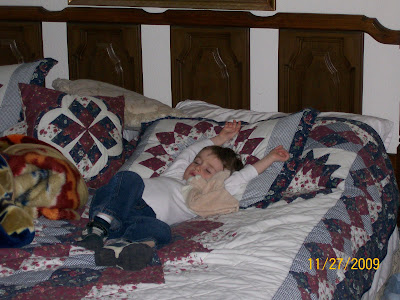 Con and Mook napping on Cousin Abby's bed. The suburban park wears a boy out! 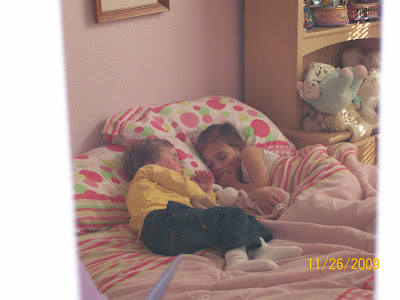 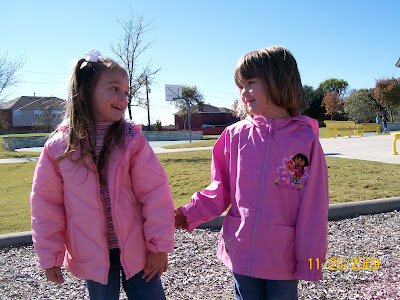 It was very brief as he is still petrified of the man. He did enjoy the other activities at the parents as teachers holiday event but then remembered that his monkey lovey was in the car and started whining for it. I found a package of skittles in the diaper bag that seemed to keep him content for a bit while Mookie finished her crafts. Mary Kathleen brought the parent educators to tears when Santa entered the room and she ran up to him and threw her arms around him. It was so cute! 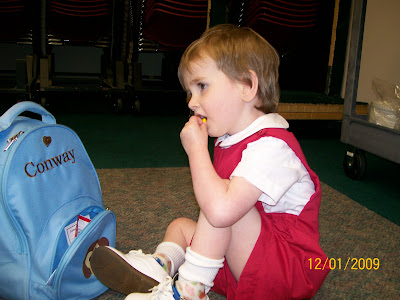 Still traumatized from being touched by Santa 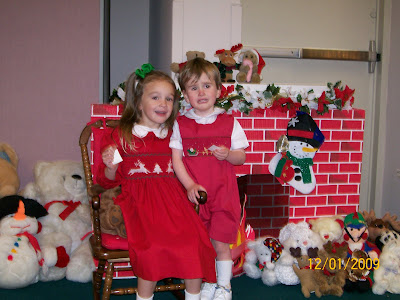 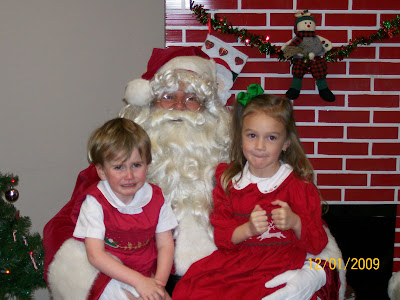 Posted by Erin Beckemeier at 10:23 PM No comments: