Can you believe it? Our dear boy has reached yet another milestone! He turned six years old today. I thought it was funny that when I posted about it on facebook, his very first nurse who cared for him in the NICU at Mercy (St. John's at the time) commented on how she couldn't believe it had been six years already. Honestly, most days I feel like it has been at least twenty. No matter how hard I try I can't imagine what life was like before he was in it. Here he was just moments after birth, two days before our world as we knew it came crashing down and we were forced to grown in faith in a way we didn't even know we needed. 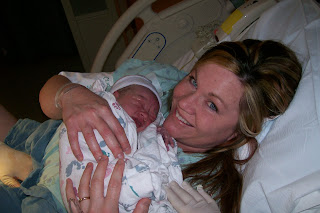 We spent this birthday weekend doing what he loves... bowling and Angry Birds! Friday night we got a hotel room and invited his cousin Liam to spend the night and swim all evening. The boys had a blast being boys. 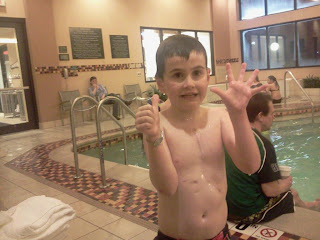 Then on Saturday, we went bowling with cousins and invited family back to the house for cake and ice cream. Our silly boy didn't even touch his cake. He probably would have rather had fire hot cheetos or something along those lines. 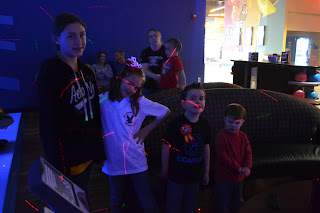 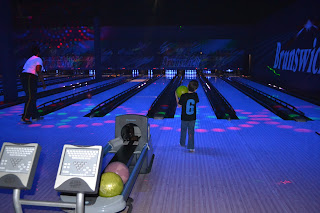 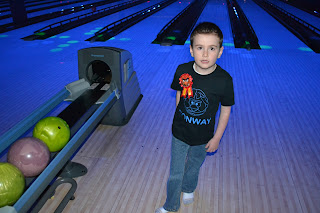 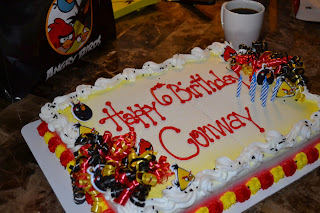 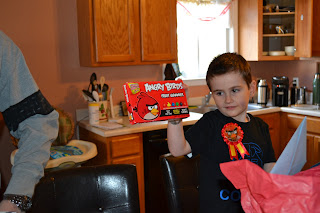 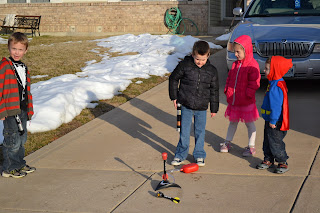 Playing pin the tail on the Angry Bird 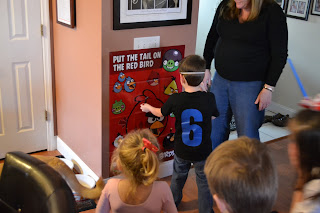 He said it was his best birthday ever... I think I believe him! 1 John 5:4 For everyone born of God overcomes the world. This is the victory that has overcome the world, even our faith.
Posted by Erin Beckemeier at 8:07 PM 2 comments: