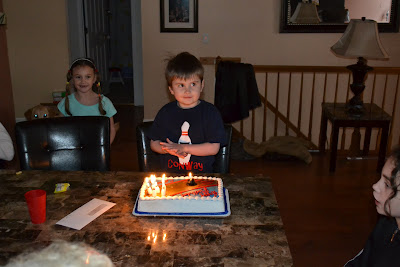 Connie thoroughly enjoyed his day. And to make sure he made the most of it, he got up at 5am! We had a mini party opening gifts this morning at 6am on our bed! Soon after he woke he wanted his favorite breakfast, McDonald's. Then he spent time watching bowling videos on YouTube and waiting patiently for 2pm. That's when his cousins Liam and Brooklyn and Aunt Mary (godmother) arrived and went to Brunswick with us for bowling and arcade games. He got several spares today (thanks to the ramp) and probably will require some PT for his shoulder given all the skee balls he threw. When we returned home, Grandma and Grandpa George and Uncle Terry (godfather), Aunt Celeste and more cousins Anna and Keegan were waiting to celebrate with us and share in the bowling birthday cake. He opened his presents, we sang, ate and he played. He just climbed into bed a very happy boy! Thank you to everyone who shared in this day with us, both in person or in prayer. You all mean so much to us.

Here are some pics from today.
Posted by Erin Beckemeier at 8:36 PM No comments:

...a beautiful baby boy joined our family. He gave us a little scare during delivery as there was some evidence of meconium when they broke my water. They brought in the NICU team to check him over. They gave him a good suctioning and said he was great. He was gone for his bath for what I believed to be a very long time, but we were more annoyed than worried. Before the nurse brought him back, she came in to deliver the news that they heard a heart murmur, but that it was very common and nothing to worry about. We had no reason to believe anything was wrong. We enjoyed the next two days with our new addition, so grateful for the smooth delivery and the fact that he was born at term (ON his due date, just like Mary Kathleen!) and was a very hearty 9 lbs. 2 oz. (also just like his sister, Mary Kathleen!). Here are some photo memories from that day: 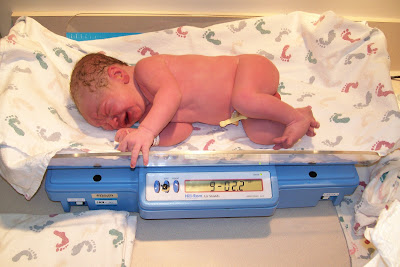 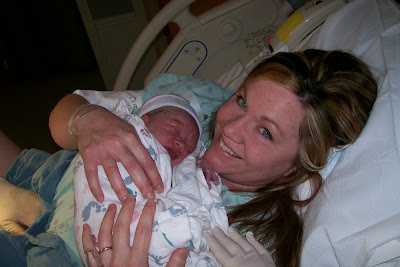 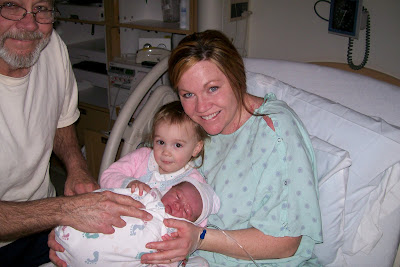 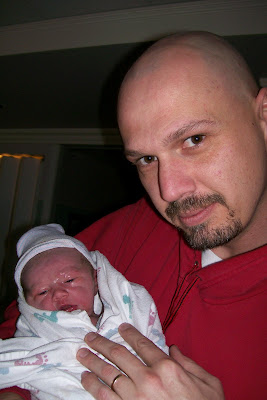 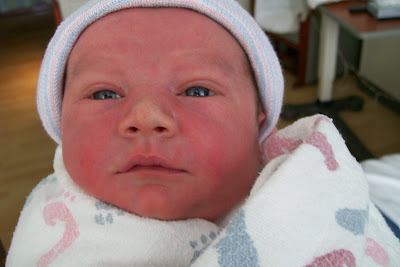 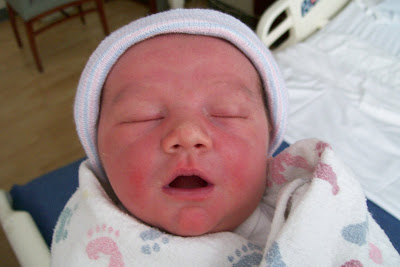 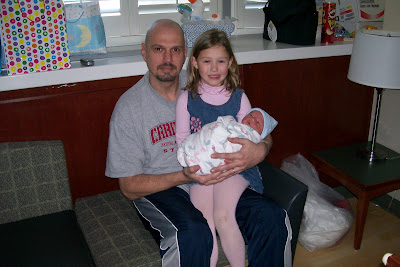 Posted by Erin Beckemeier at 10:32 PM No comments:

Well, Conway wasn't due back to the cardiologist until mid to late March, but since he's scheduled to have this oral surgery on 3/6, he was required to get a full cardiac work-up. His appointment was today and here's the news we've got so far:
1) He looks great. His stamina and endurance are unchanged and we have no new concerns with that. He never complains of fatigue or chest pains so that is good.
2) His pacemaker is AWESOME! He has about 5.5 years of battery life left on it and his leads look good.
3) He had an echo and we don't have the complete report yet as it wasn't available for the doctor to read yet. The doctor did come in the room a few times during the echo and remarked that the tech told him things looked pretty unchanged. His gradient across the valve is higher, but it might just be an issue of the angle the measurements were taken. He's going to compare it to his last two and get back with us.
4) We were supposed to head over to meet with the anesthesiologist after the cardiology appointment, but the wonderful Dr. Bromberg made a phone call and spoke with the doc himself and was able to save us the trip. So, if the echo looks unchanged and Dr. Bromberg feels Conway is safe to have surgery on 3/6, then he will.

The Children's Heart Foundation is having a trivia night on 3/10 to raise funds for CHD research. We will be going and sitting at Dr. Bromberg's table! If you are interested in getting a table let me know and I'll pass on the details. There is also a CHD Night at Busch Stadium at the end of May. I believe the Cardinals are also having some sort of pre-game ceremony for CHD survivors as well. Tickets go on sale soon and a portion of the proceeds go the the Children's Heart Foundation. Again, let me know if this is something you'd like to join us for.

While we certainly wouldn't wish complex heart disease on anyone or their child, we are so grateful and forever changed by the relationships we've made on this journey. We know God has placed so many special people in our path and we thank Him every day for each and every one of them and each and every one of you!
Posted by Erin Beckemeier at 6:15 PM 1 comment: