Connie went to the eye doctor yesterday morning and afternoon. Did he go twice, you ask? The answer is no, but his appointment was in the morning and we didn't leave there until the middle of the afternoon! We originally had an appt. for back in June, but Connie was inpatient at Children's then and we had to reschedule. The closest appt. time they could give us was for a month later, which we took. Our appt. was for 11:00 am. By 12:15, we still hadn't even been called back. Finally, we got called back around 12:30. We were back there for five minutes (at most) and the optometrist dilated his eyes and sent us back to the waiting room (which was overcrowded and had no seats available except on the floor). We went for a walk down the halls and came back in. About 40 minutes later, they called us back again and the same guy looked at Connie's eyes. After five more minutes of looking at his eyes, they sent us back out to the waiting room until the doctor was ready to see us. At 1:42 they called us back into the room where we waited until 2:00pm to be seen by the doctor. He came in and said that Connie's eyes are worse in relation to the far sightedness. Since he's non-compliant, meaning he isn't cooperating wearing the glasses, he's letting us go another six months without them. If, at that time, they are still getting worse or are not better, then he will need surgery to correct the far sightedness. It is laser surgery and is the same thing adults get (lasik). I asked if he was comfortable doing this on a cardiac patient and he said he's only under anesthesia for 20 minutes for this procedure. So, we'll see what happens when the time comes. The thought of surgery makes me a bit nervous, but it does seem better than a lifetime of glasses.
Posted by Erin Beckemeier at 1:30 PM No comments:

So, tonight at dinner, Connie was standing on the back of the restaurant high chair and it tipped backward and cracked him in the mouth. It cut the little skin between his gums and upper lip. We were worried it wouldn't stop bleeding with him being on Coumadin. Luckily, it did stop bleeding and he didn't seem terribly upset about it or act like it was hurting him so we dismissed it. A couple hours later, it occurred to me that he had a cut in his mouth and there might be a risk of bacteria entering the bloodstream which might lead to endocarditis (infection in the heart). I know when he goes to the dentist, he'll have to take antibiotics ahead of time to prevent this and so I called the doctor to see if he needed to be put on something in this case. Dr. Bromberg said that studies actually show that the bacteria that enters the blood stream during dental procedures leaves the body within 45 minutes, which is why the drugs need to be on board ahead of time. So, by the time I called, any bacteria would have already left his body, meaning there is no need for an antibiotic AFTER a cut in the mouth. He jokingly said that the thing to do next time is to put him on antibiotics BEFORE he hurts himself (ha ha). We do keep it interesting though, huh??

Ella has been rescheduled for her double switch on Friday, July 31. Please plan to join us again in prayer.
Posted by Erin Beckemeier at 11:04 PM 1 comment:

Our little L-TGAer who was to undergo her double switch with Dr. Bove today ended up having her surgery canceled moments before they took her back to the OR. Her parents already had their gowns on and everything to carry her in. An emergency case came in that required ECMO (longer term bypass) and it was the last ECMO unit in the hospital. Dr. Bove did not feel comfortable doing the operation without having one of those units as a backup in case her little body needed it after the surgery. So, now her parents will have to ride the emotional roller coaster a little longer. As rough as it is to be delayed, I'm sure they are relieved that she was not that emergency case. That kind of helps to put it in perspective.

I'll update to let you know when they get a new date for surgery. Dr. Bove was going to try to move some things around in his schedule to try to get them in in about two weeks.

To update a bit on Connie, he's had four nights now of "tough love" where we've been letting him cry and when he wakes up at night we've not been going in. So far, so good. He's down to crying for less than 10 minutes and only waking up once or twice and turning his music back on and going back to sleep on his own. It's such a relief! Now if we can just get him to stop demanding Cheez-its for every meal or snack we'll be getting somewhere!
Posted by Erin Beckemeier at 11:16 PM No comments: 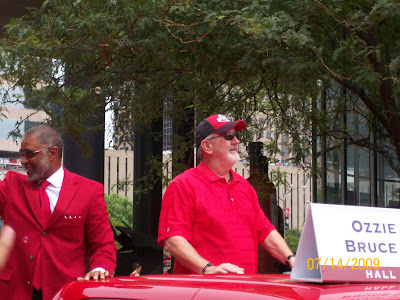 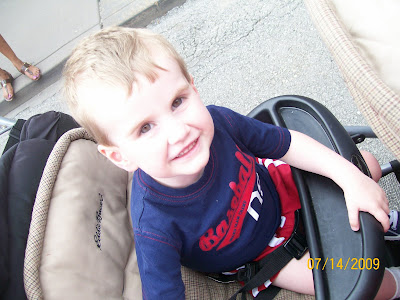 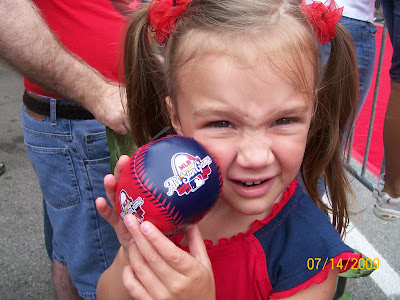 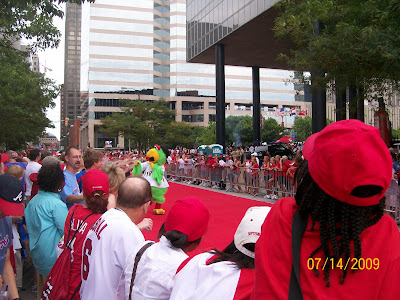