It's been a month so I thought we'd post some recent pics and give you a glimpse into the world of Conway Beckemeier. I say that because he's big on spelling his full name right now. He also loves to sing. He sings constantly, especially when I'm on the phone or talking to someone. And at those times he even sings louder. Fun! He sings songs he hears on the radio (JoyFM), songs from church, songs from preschool and songs Mookie plays on the piano. The only thing is he has a tendency to make some errors on the lyrics. We are in stitches nearly every time he's learning a new song. The boy still loves hot sauce on everything. He eats Frank's RedHot on his breakfast sandwich and dips most everything he eats into it. He suddenly has started to LOVE being outside. I think a new swingset may have something to do with that! Even on the hot days we've had the past couple weeks he's wanted to be outside. This is very new for him. We're hopeful that perhaps the improvements in his mitral valve regurgitation and his decreased heart size will help him tolerate the heat a little better this summer. He can climb up the 7' rock wall and climb the rope ladder all by himself. The most impressive change in his development comes in the way of his social skills. I am so surprised and glad to see him initiating interactions and really branching out. I guess it's so different for us because his older sisters are both so painfully shy. At the park he walks up to other kids his age and asks them to play and then plays well with them. At school his teachers report that he and the other boys "clown around" a lot and are very silly and that he's got a pretty decent sense of humor. Out in public he greets people and when he's spoken to, always gives an appropriate reply. He wishes other women 'Happy Mother's Day' on his own. When Mary Kathleen comes home from school he asks her about her day. He's thoughtful and loving (most of the time) and funny and honest. We LOVE his personality!

Yesterday was the heart walk. It was a dreary, chilly day but we had fun seeing everyone in the Heart 2 Heart group and meeting David Atkinson in person. He works with Conway's Uncle Geoff and he participates in the heart walk every year. He asked us if this year he could use Conway's story in his fundraising efforts. He also pledged to personally 50% match what he was able to raise. He ended up raising $16,825 and was the top individual fundraiser for the walk this year. He shared with us that this was the most he's ever raised and he felt Connie's story was a big reason why. He gave Conway his award medal and posed for a picture with him by the Stan Musial statue. We were honored that our son has touched others to be so generous with their gifts, and we hope that those funds will help the American Heart Association further their mission of "Building healthier lives, free of cardiovascular diseases and stroke."
2011 HeartWalk Memorabilia 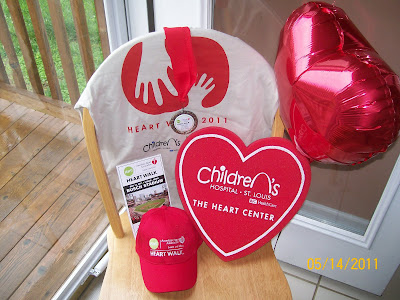 Conway with David Atkinson of RGA, top individual fundraiser for the American Heart Assoc.'s Walk... raised almost $17,000 by sharing Connie's story with his family and friends. 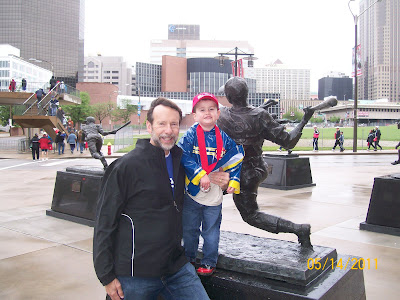 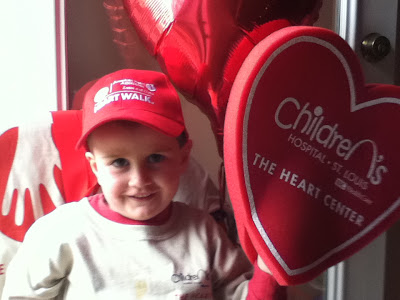 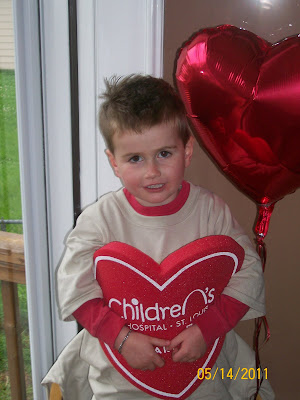 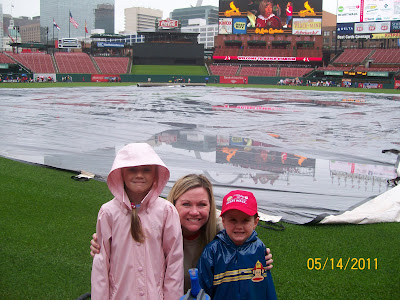 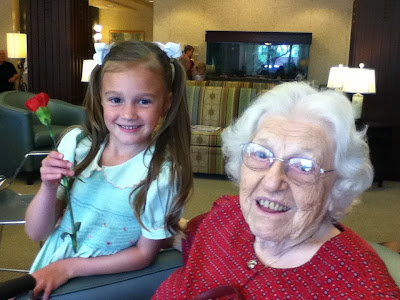 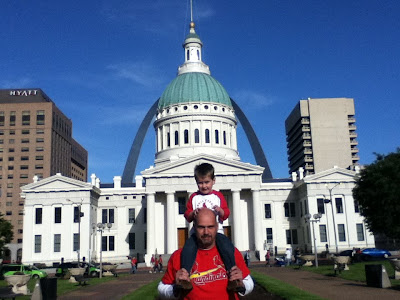 Daddy and Connie at the Cardinal game 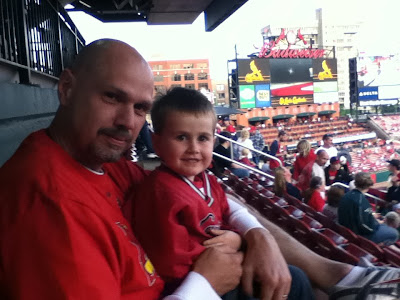 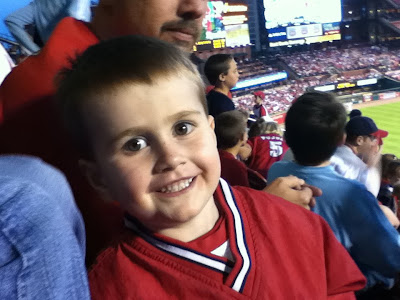 During a fundraiser for Conway's school called Walk with US 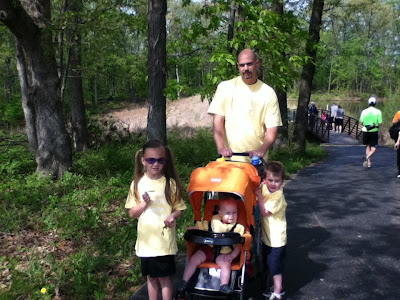 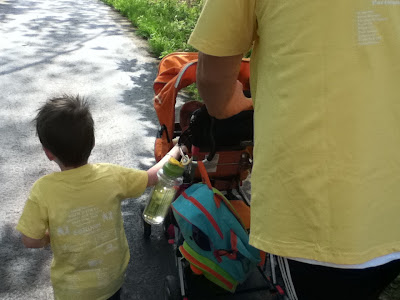 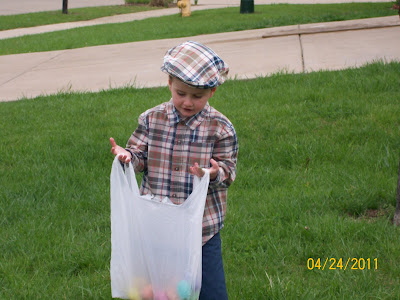 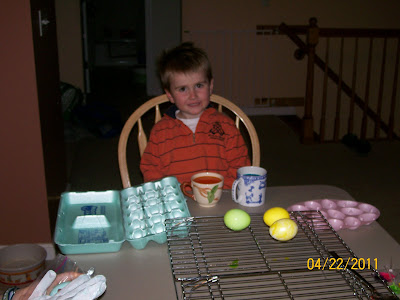